Seizures are defined as abnormal movements or behavior due to electrical activity in the brain. Seizures might include shaking and convulsions, and can last a few seconds or over 5 minutes. Seizures have many causes and can lead to brain damage or even death. Epilepsy is a disorder of the brain. Diagnosis occurs when a person has had two or more seizures. There are many types of seizures.

Possible signs of a seizure include, but are not limited to:

Your role if someone has a seizure:

Always follow the protocol provided by the person’s healthcare provider. If there is no protocol, provide a cushion for their head and remove glasses; loosen tight clothing; turn on side; don’t put anything in the person’s mouth; don’t hold the person down; as seizure ends, offer help. Most seizures are not medical emergencies, however call 911 if: 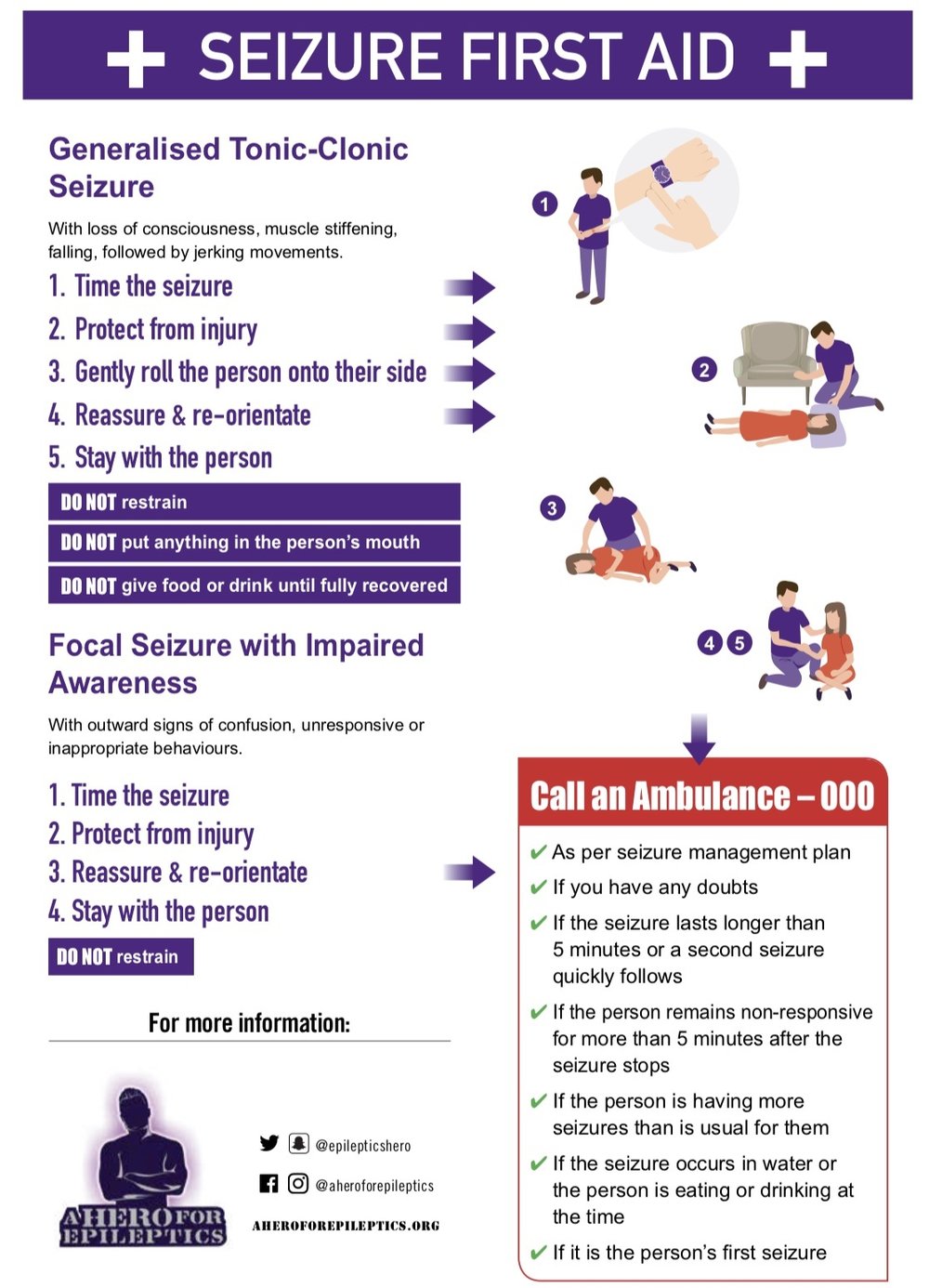 You should also immediately notify your supervisor and follow your agency’s documentation rules.

People at risk for seizures include, but are not limited to, those who have: