Constipation is the slow movement of feces through the intestine which results in infrequent bowel movements and hard, dry stools. The longer it takes for stool to move through the large intestines, the more fluid is absorbed and the harder stool becomes, making it difficult and sometimes impossible to pass.

Constipation signs and symptoms include, but are not limited to: 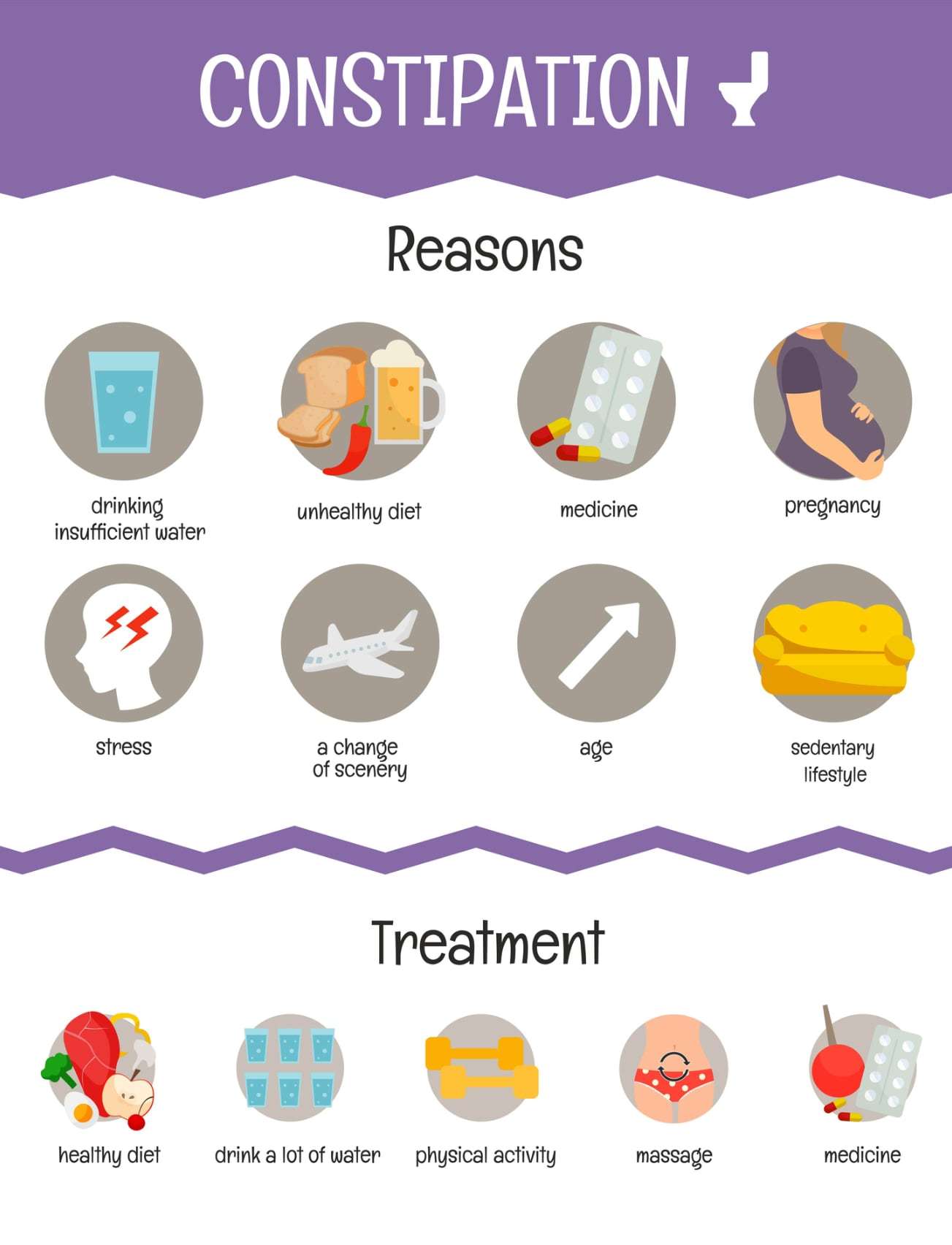 Bowel obstruction signs and symptoms include, but are not limited to:

Your role if symptoms are noted:

You should immediately notify your supervisor and follow your agency’s documentation rules if a person is constipated. A general rule to follow is that if there is no bowel movement in 2 days, report immediately to medical staff. If you suspect an individual has a bowel obstruction, call 911.

People at risk for constipation include, but are not limited to, those who: